GeoTrainet is an international non-profit organisation Based in Brussels, Belgium. It is a membership organisation, made up of national bodies and run by the European Geothermal Energy Council and the European Federation of Geologists.

GeoTrainet began as an EU-funded project which ran from 2008-2011. A lack of appropriately skilled personnel and varying quality of installations had been identified at a barrier to the expansion of shallow geothermal energy use in Europe, so the GeoTrainet project was set up to develop an educational programme which could provide a benchmark standard for training in the sector.
The project was a success with the comprehensive programme developed by a broad range of experts from across Europe in high demand in the project countries.
The demand was so high that only a small proportion of the applicants could be accommodated in the courses organised during the project, so it was decided that the concept should continue as an organisation in its own right. On the 25th February, 2014 the association ‘geo-education for a sustainable geothermal heating and cooling market’, or ‘GeoTrainet’ for short, was officially established under Belgian law with nine founding members : EFG (Europe) –EGEC (Europe) – ANIG hp (Italy) -RGS (Romania) – BWP (Germany) – GEOPLAT (Spain) – SGC (Sweden) – APG (Portugal) – HHPA (Hungary)

Since then, the membership has continued to grow and more training courses have been held. A European Training committee is now being established which will pave the way for expansion into new countries, more courses, and eventually the certification of installers.

For more information about the former GeoTrainet project, download the factsheet.

GeoTrainet is an international organisation based in Brussels. It is managed by a board of experts: 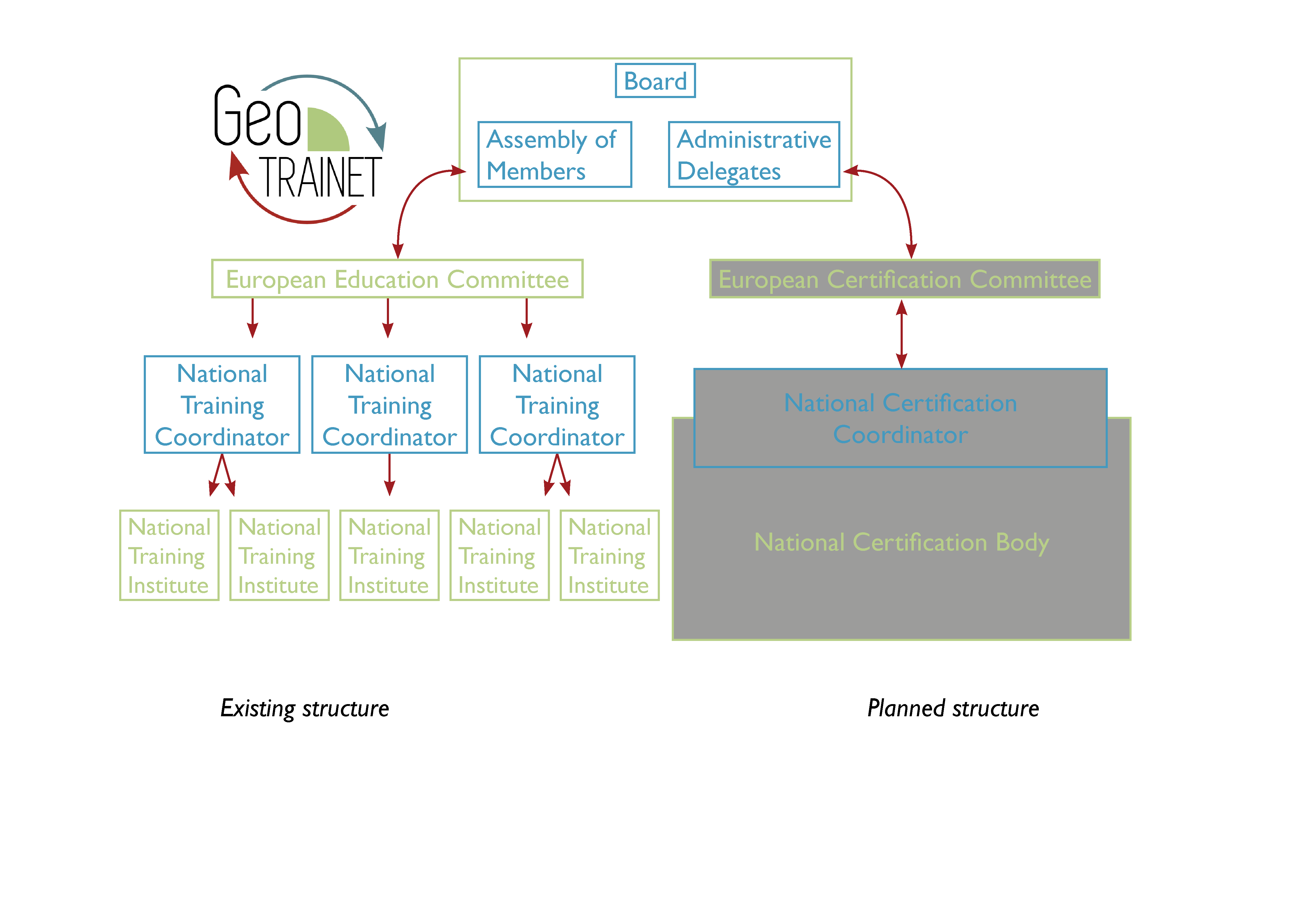 Geothermal heat pumps – or ground source heat pumps, GSHP – are an established technology that uses shallow geothermal energy, the heat stored beneath the earth surface, for heating and cooling buildings. They can be used in a wide range of applications, from small, residential houses to large individual buildings or complexes.

The average energy savings, if the technology is used properly, are as much as 50% in winter and 40% in summer. They can be installed anywhere and at any time to provide reliable and sustainable renewable energy.

Find out more about Shallow geothermal energy at HeatUnderYourFeet.eu